History of the OFD 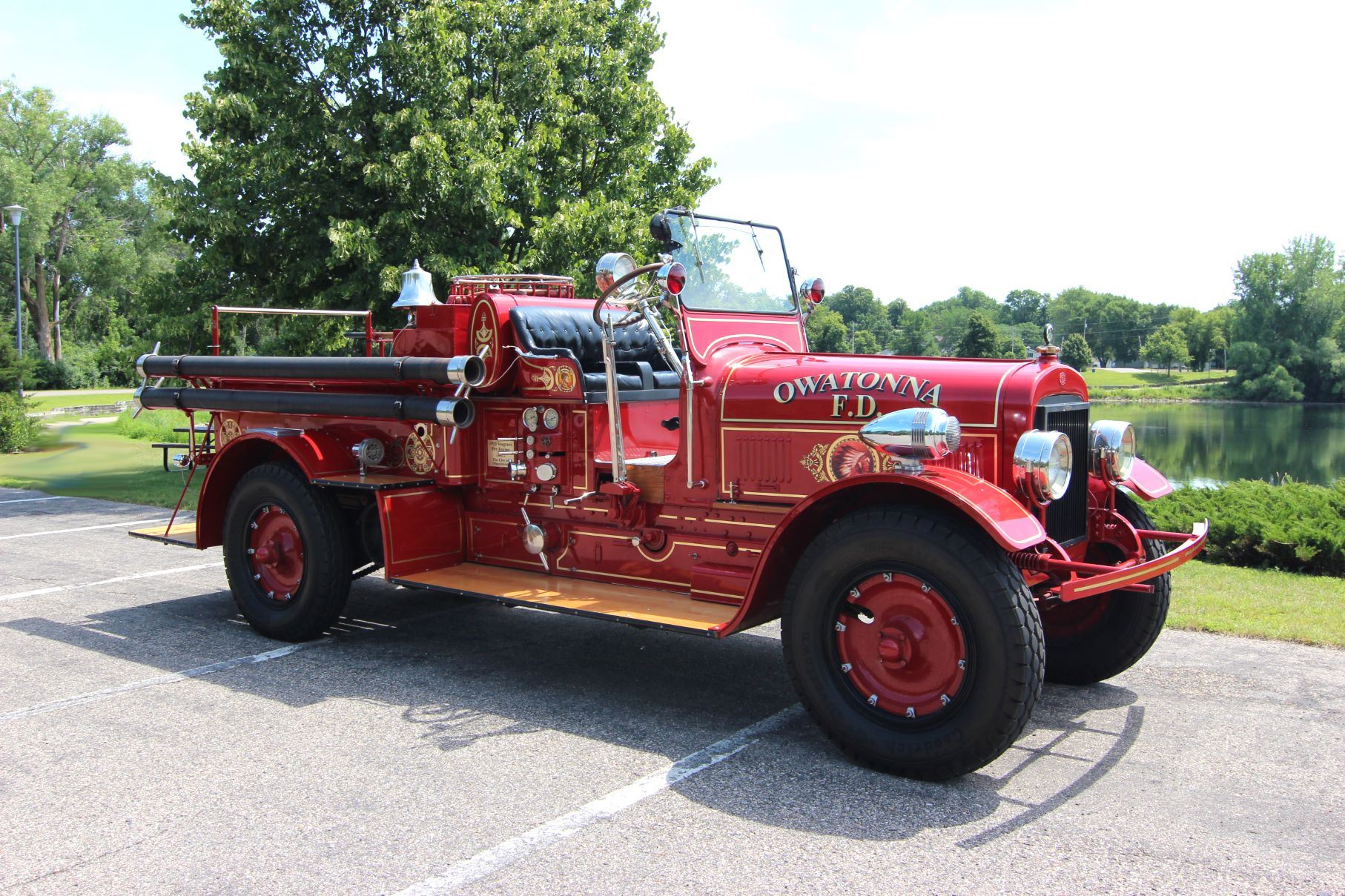 1875 - The first fire department was organized with the election of M.R. Strong as the fire chief.  The firemen used small hose carts that were stored in different sections around town.  The first organization was called the Spring City Fire Department.

1884 - The fire department was disbanded and then reorganized as a new fire department led by S.S. Green, a local grain dealer. They had two fire wagons, a hose cart with 600 feet of hose arranged to attach to the city force pumps. The force pumps were like a railroad car with eight men, four on each side stroking the pump. The firemen at this time received $0.25 for attending meetings and $1.00 for working at a fire. The fire alarm was a bell on a tower, a rope was attached, and it was hand operated.

1895 - Firemen organized the Fire Department Relief Association signed by the resister of deeds and the Secretary of State of Minnesota.

1899 - The fire department equipment consisted of four units:  three hose carts and one hook and ladder unit. Ten firemen were assigned to each one of the units.

1910 - There were 25 members of the department, one who was employed continually and six who slept in the fire hall. There was also a branch fire house on Rose Street, between Oak and Cedar Street.

1925 - City council authorized the fire department to answer fire alarms in the county not more than 8 miles out and that they could only take the small truck on these calls.

1975 - The city built on a truck bay to house a new 75-foot Mack Ariel as the floors in the existing building were not adequate to hold the weight of this new truck.

1996 - The fire hall was remodeled, and a new truck bay was added where the Metropolitan Theater had previously been located.

2008 - Renovation of the 3rd floor and installation of the elevator began.  Total cost was approximately $370,000, which was paid with the ½ cent sales tax initiative.